The following art show is a tribute to the settlers of the Colombian territory who came from the southern part of the continent forming the South American continent settlement since 3500 B.C. They formed societies and developed a cultural activity known with the name of “Chimilas” all over the plains of the eastern shore of the “Grande de La Magdalena” river, from the Momposina Depression up to the outfall of the delta formed by the “Bocas de Ceniza” and the lacunar complex of “La Ciénaga Grande”, located in the Caribbean zone of Colombia.

This Native Civilization became the target of self-justified slaughter due to its resistance to be conquered and the myths built around their wildness and cannibalism carrying them barely near to their extermination.

The ability of the few Native who remain through conquest to keep their traditions in order to interact with the environment is the main reason to this tribute and the inspiration for most of the paintings of this Art Show. This same ability has been their own support to establish a new society and their own future in a tiny portion of land compare to their original territory, called “resguardo” given to them by the government. They have named this “resguardo” Issa Oristunna (Land of New Hope) for the étte e´nnaka (Chimilas).

This art shows takes its name from the nearly extinguished Chimila term “Ni itti Kóone” or “The land of the Jaguar”, being this feline a motive of worship and shamanism for this and the rest of the pre-Columbian Continent as well. Their different expressions of art such as ceramic and jewelry witness.

The land that once was respected, idolized and protected by the Natives due to the exuberance of its vegetation on which the Jaguar was considered the master of the predators is expressed in an own particularway by the painter. Unfortunately because of the non stopped tree felling to “civilize” this land and the ambition of the settlers have endangered all the green chain, leaving for the future unforgettable memories and anecdotes that we must preserve.

The memories of his childhood, the descriptive capacity of the people of the region among with the nostalgia for not been able to relate with the reality of the environment due to public order problems, helped out the artist to express in the loneliness of his workshop the paints he offers us. 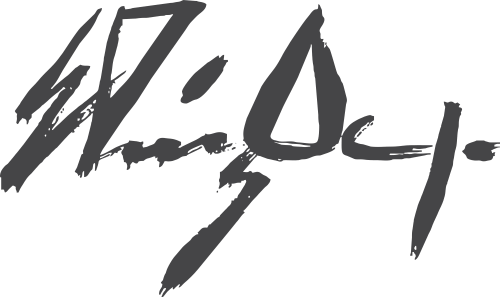